Random Blast from the Past


Greg and I had been married one year.


I was in my senior year of college.  After working at a bank for a year after his graduation, Greg had gone back to school to get his teaching degree.


We lived in a cute little house on the downside of a steep hill.


We lived there with a cat much like this one: 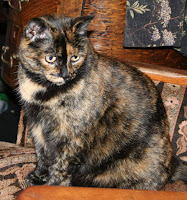 Her name was Ivy.  Ivy was much sleeker and trimmer than this kitty.  Nobody but me liked Ivy much.  She was kind of a wild-child, but I blame a lot of that on kitten-hood.  She was about to grow out of it and into being a sweet mellow cat when we moved and she ran away.  I still miss her sometimes!


We, being the sophisticated grown-ups we were, drank a lot of this:

We pretty much kept a pitcher going all the time, to the best of my memory.


Up until Sept 11, 2001 we didn't have cable.  After being in the dark about such a big national catastrophe, we decided to get tv.


Even with it, we spent a lot of evenings eating cereal and playing several rounds of two-person Uno: 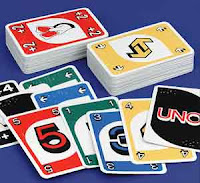 We still like to play two-person Uno sometimes before bed.  Some light-hearted him 'n me time before calling it a day.


Or sometimes, when we felt like a good laugh, we would pull out our grammar for some Mad Libs from here:

I can't vouch for anything on the rest of the site, but the 'crazy libs' tend to be pretty funny.  Especially if Greg picks the words.  He's better at that than I am.  But that's okay.  I love to see him laugh!


Of course, not all our evenings were such fun and leisure.  We were both full-time students, I had a part-time job, and we were involved in our church.


We were also involved in something else that took up quite a bit of our time in the fall:

It was a big decision to go back for one more year, but it turned out to be incredibly worth it!  There is no way I can point us out to you, but we're both in there!  Greg is playing melophone, and I am in the colorguard.  Enjoy!

Email ThisBlogThis!Share to TwitterShare to FacebookShare to Pinterest
Labels: Life in the herd

What was I doing in the fall of 2001? Sitting in the stands watching that halftime show!

Awww...Lisa beat me to it! Oh well, sitting in the stands watching the halftime show!

Aww, poor Ivy. I think she was a strong-willed child because she got yanked out of her first home with no warning when a certain someone was having her first baby! You forgot to mention in this post about the night you stayed at the hospital until 6:00 a.m. waiting for that baby to arrive!

I was a part time student, living at home...I was working 3 jobs at one point...a restaurant, a bird santuary of sorts, & a grocery store...yikes...:-) It was a fun, busy time of life! However, I so PREFER where I'm at now! Wife, mommy, tucked away in the country! :)

Great post idea! I laughed at the Koolaid! Classic! :)

In 2001, I was caring for Rachel, who turned 1 that November. My hubby of 2 years was coaching middle school football and assisting at the high school level. I was teaching kindergarten. I found out 2 days before Rachel's 1st birthday that Lauren was on her way! We also joined the church that we are still a part of today, and it is wonderful! Man that was a long time ago...that little girls just turned 9, the to-be is 7, and there's even another after that. WOW

Hey now, we still keep a pitcher of Koolaid at the ready! Lol!

In 2001, I was 18 and living in my car, then with friends. At the end of September, my beloved called me. He was in the Navy and it was a scary time, knowing the country was going to war. So first chance to call me he got after the 11th attacks, he called and told me he loved me for the first time. We were married the following May. 7 1/2 wonderful years!

I love all the things you did when you were first married, what fun simple times are! I was taking care of 1 1/2 year old Em and that October got a huge suprise...news I was pregnant with Sophie!

I've tagged you over at my homeschool blog:)