Some while after sending the boys out to play in the beautiful birthday sunshine today, I was informed that....

..."Since Alan is 6 [today], we are trying to find hard and/or dangerous things [to do] and tough them out."

Sure enough, I could see they were climbing high and testing their limits.

Apparently our backyard couldn't contain them (or maybe I put a kink in their style when I wouldn't let them climb onto the shed roof), because before long they asked if we could go play at the park "for Alan's birthday."

Their reasoning?  They could find much more adventurous dare-devil things to do there! 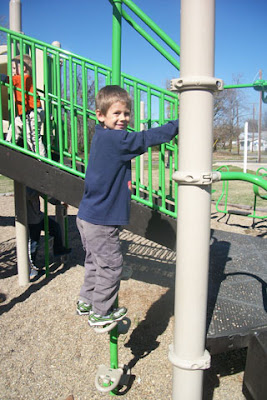 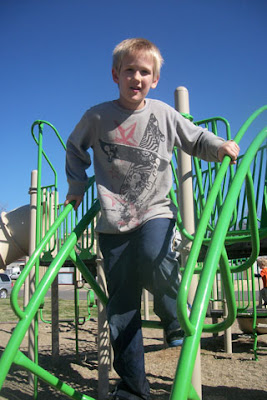 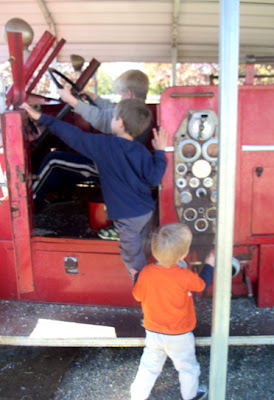 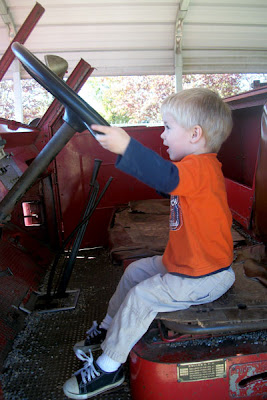 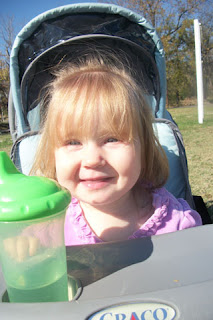 Recently Greg and I over-heard an adult (female) admonishing a stick-waving little boy, "Put that down! It looks dangerous!"

Greg's comment to me (out of the woman's hearing) was, "I think that's the point!" 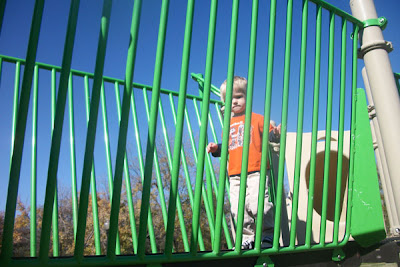 We want our boys to be wise, but to also be brave. To not be afraid of getting dirty, or even a little "bunged-up" if the situation calls for it.  How will they ever learn to be real MEN other-wise? 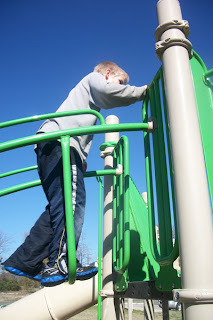 Something inside them calls them to push the limits.  To do things that look - and might be! - dangerous. 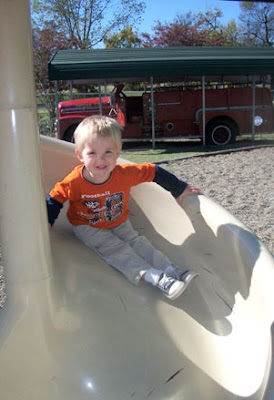 If climbing everything at the park builds their confidence and fills a little of that need, then it's worth an hour out of our day now and then. 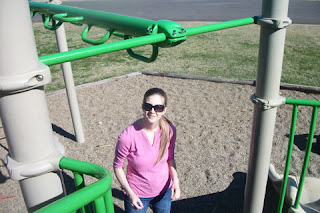 Full disclosure: I didn't get pictures of Tyler's most daring feat because both of my arms were fully extended over my head acting as his spotter.  But I didn't stop him or do it for him, and even if I don't have it recorded, his smile upon reaching his goal was priceless. 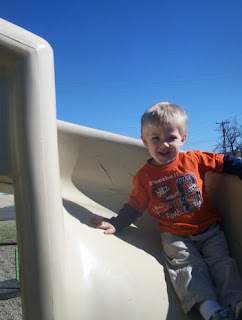 I didn't know what I was getting into when God made me a Mama to boys.  But I'm honored to be along for the ride! 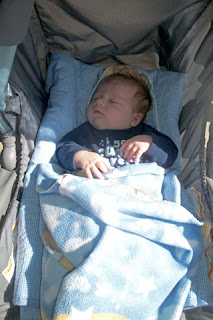 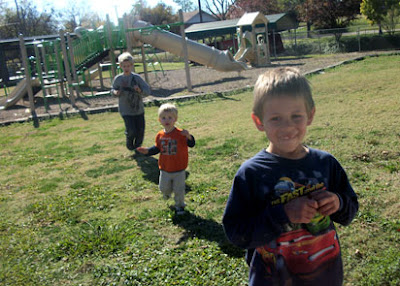 Email ThisBlogThis!Share to TwitterShare to FacebookShare to Pinterest
Labels: But seriously..., Out and About, Special Days

As always, God knew exactly what he was doing! You are an excellent Mama to those boys! (I'm also kinda glad He gave you a little girly-girl)

Got to say, I'm kind of jealous that it's warm enough to go to the park. I may not have boys but lately my girls' "feats of strength" going on inside of our tiny house are about to drive me up the wall. ;)

Your boys are lucky that God knew enough to bless you with those boys. How sweet they are!

Looks like a fun afternoon. I enjoy seeing the "stairstep" pictures of the boys. Amy you have the patience to raise boys God knew what he was doing.
(I read the last post--hope the fever goes away and you feel better soon)