Let me check my calendar...

The whole family was up at least an hour earlier than usual.  The sky was just beginning to lighten from night into day, and a definite chill was in the air.  Everyone had on long sleeves and a pair of warm socks.
I had already been working on food for later in the day, and a cinnamony breakfast was cooking in the oven.
We all sat in our pj's enjoying each other's company.  The boys played together blissfully in the floor, which was littered with new toys and the packages they had come in. 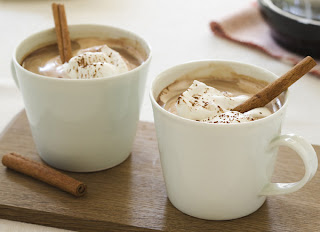 Sound like Christmas morning, yes?  That's exactly what we said to ourselves, as we lived out the above scenario... yesterday morning.


The whole family was up at least an hour earlier than usual - Hello, morning after the end of daylight savings time.  Surely we weren't the only ones early to bed, early to rise the last couple of days?


a definite chill was in the air - No, it isn't quite December weather, but slowly and surely we are making the transition from fall to winter.  Just a few days ago we had our first frost!


I had already been working on food for later in the day - Christmas dinner, Sunday dinner... I don't know about yours, but my family likes to eat at least 3 times a day, 365 days a year.  Yesterday I put stuffed peppers in the crockpot to enjoy after church.  I wish I had the time and foresight to use my crockpot every Sunday!


a cinnamony breakfast was cooking in the oven - With all that extra time from being up so early, I decided a hot breakfast was in order, even if it was Sunday and I was cooking lunch already.  For the second time this week I mixed up a batch of cinnamon raisin biscuits and then topped off the finished product with a powdered sugar icing.   Yummy!


The boys played together blissfully in the floor, which was littered with new toys and the packages they had come in. - All this bounty was a result of the final installment of Alan's recent Make-A-Wish experience.  He had a sort of 'bonus' party Saturday where we acquired yet a few more John Deere toys.  These are the toys they were drawn to early Sunday morning before their eyes were hardly awake yet.


I love treasuring moment like these, when everyday life creates its own special days!
Posted by Amy at 1:45 PM

Every morning can be Christmas morning. :) All you needed to add was the twinkle of some lights.