After a week of sick kids, I gave in to the exhaustion and gave up on getting up to an alarm for a week. Then we spent a weekend traveling.

So today was the day that I was gonna get back to it.

But...I didn't. And I don't regret it one bit. Early rising is highly overrated. ;)

This is the little face I woke up to this morning. 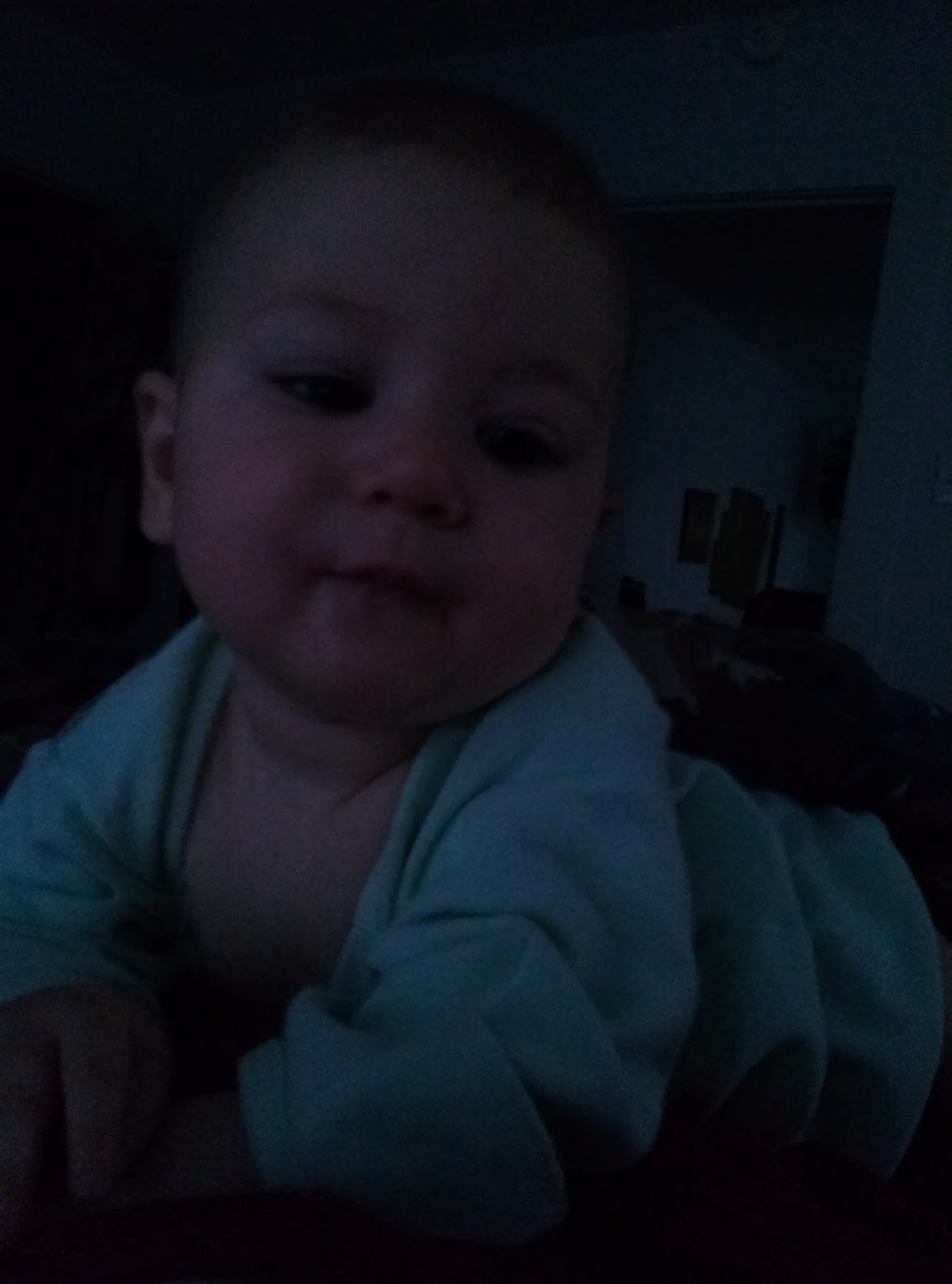 Actually, that's not true. I woke up to Greg's face, and then he brought me this one from his crib. But this one is cuter.

Up early or not, today was definitely a little out of routine, as it was a catch-up day from the weekend, and Dale had a dentist appointment early on.

Even amongst the unpacking and laundry, we managed to set aside some time for a preschool lesson. We are up to letter 'N' now, and it being spring and all, I decided "Nests" would be a good thing to cover.
First we looked at a few bird books, looking at pictures of some common birds and their nests.
We also read the poem What Robin Told, by George Cooper. It was perfect!

How do robins build their nests?


Robin Redbreast told me
First a wisp of yellow hay
In a pretty round they lay;
Then some shreds of downy floss,
Feather, too, and bits of moss,
Woven with a sweet, sweet song,
This way, that way, and across;
That's what Robin told me.

Where do robins hide their nests?
Robin Redbreast told me
Up among the leaves so deep,
Where the sunbeams rarely creep,
Long before the winds are cold,
Long before the leaves are gold,
Bright-eyed stars will peep and see
Baby robins--one, two, three;
That's what Robin told me.


Then, we had a fun color-mixing lesson. Green + Red = Brown! 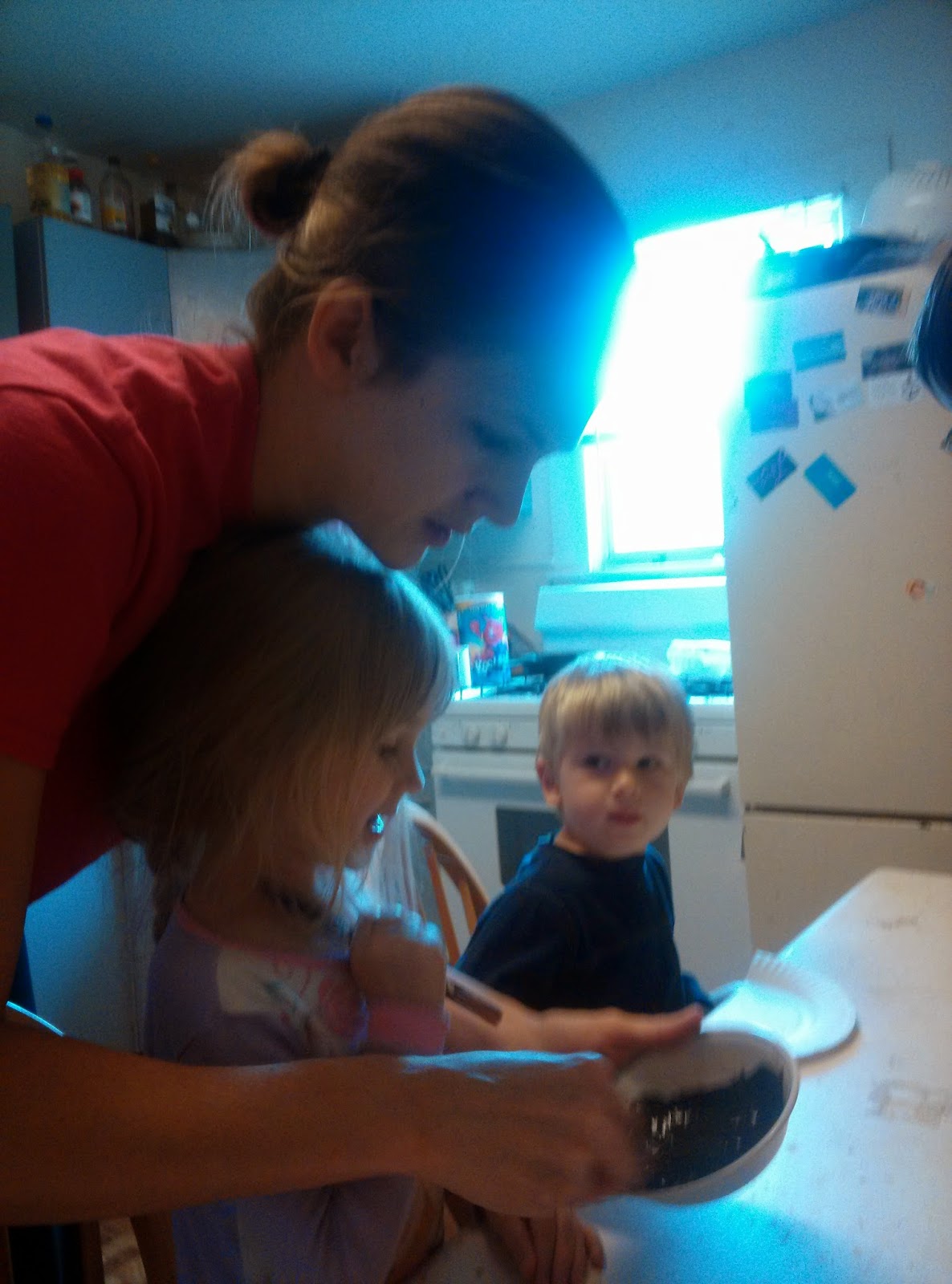 We used our brown to paint paper plate halves. 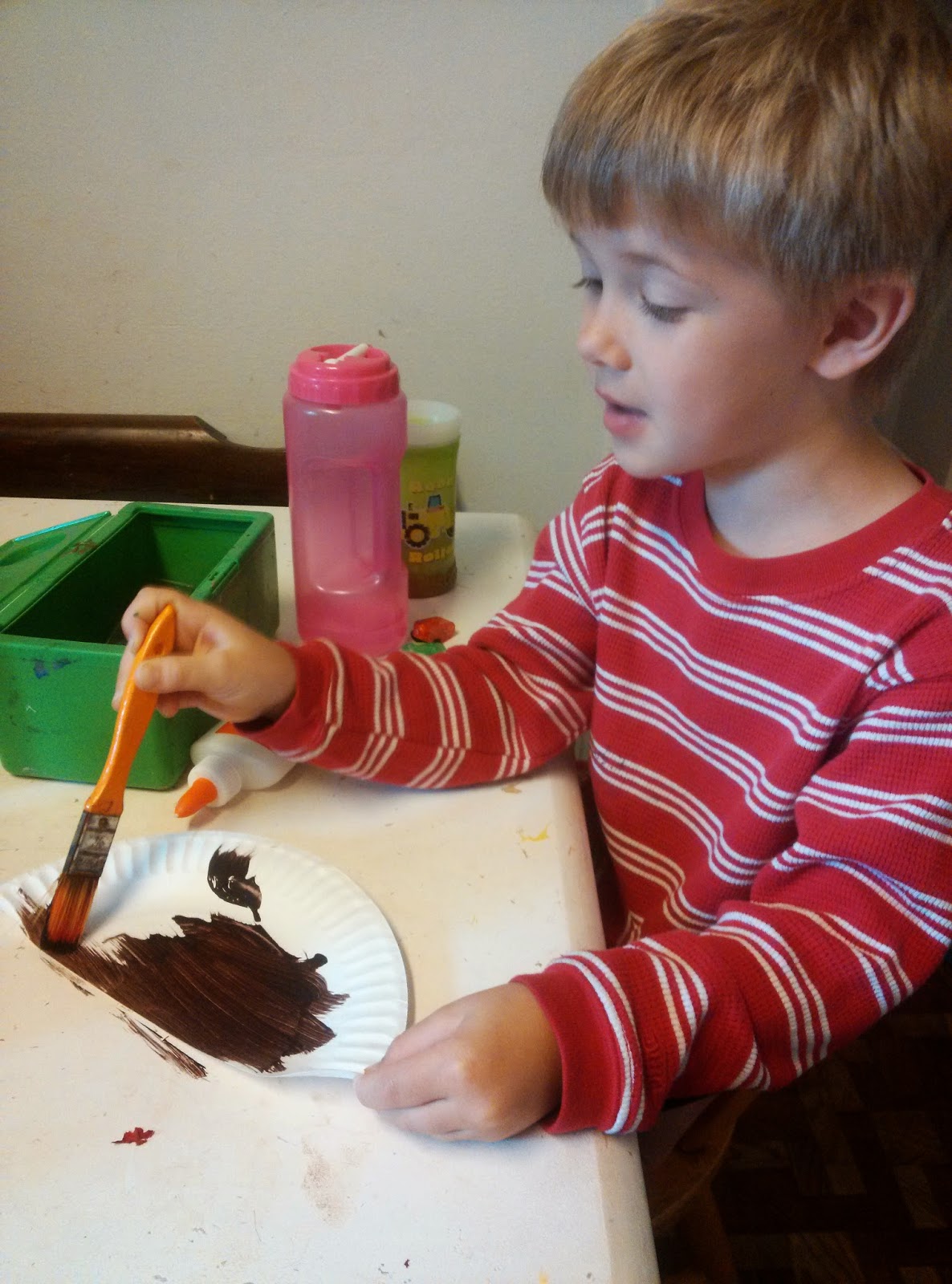 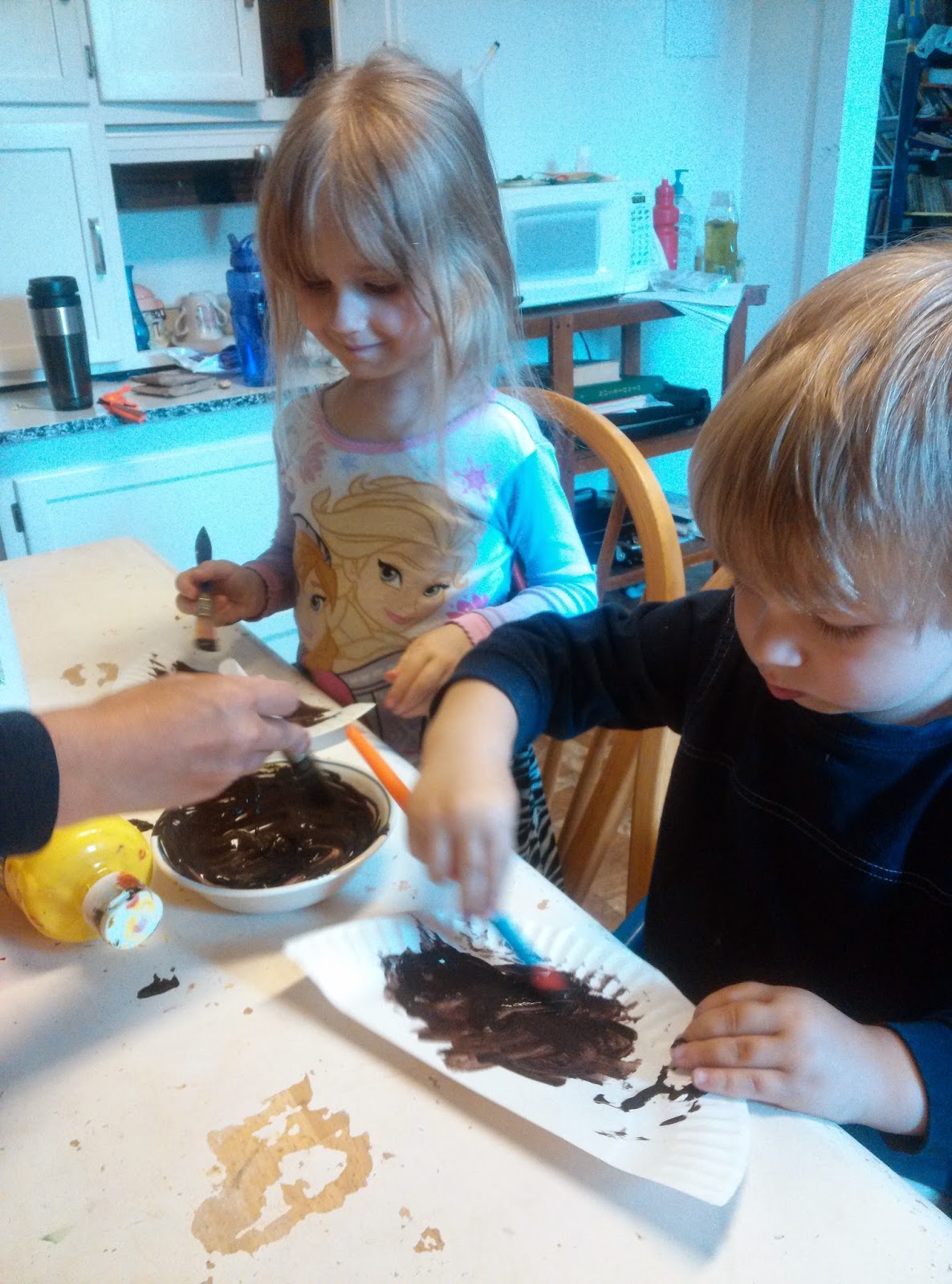 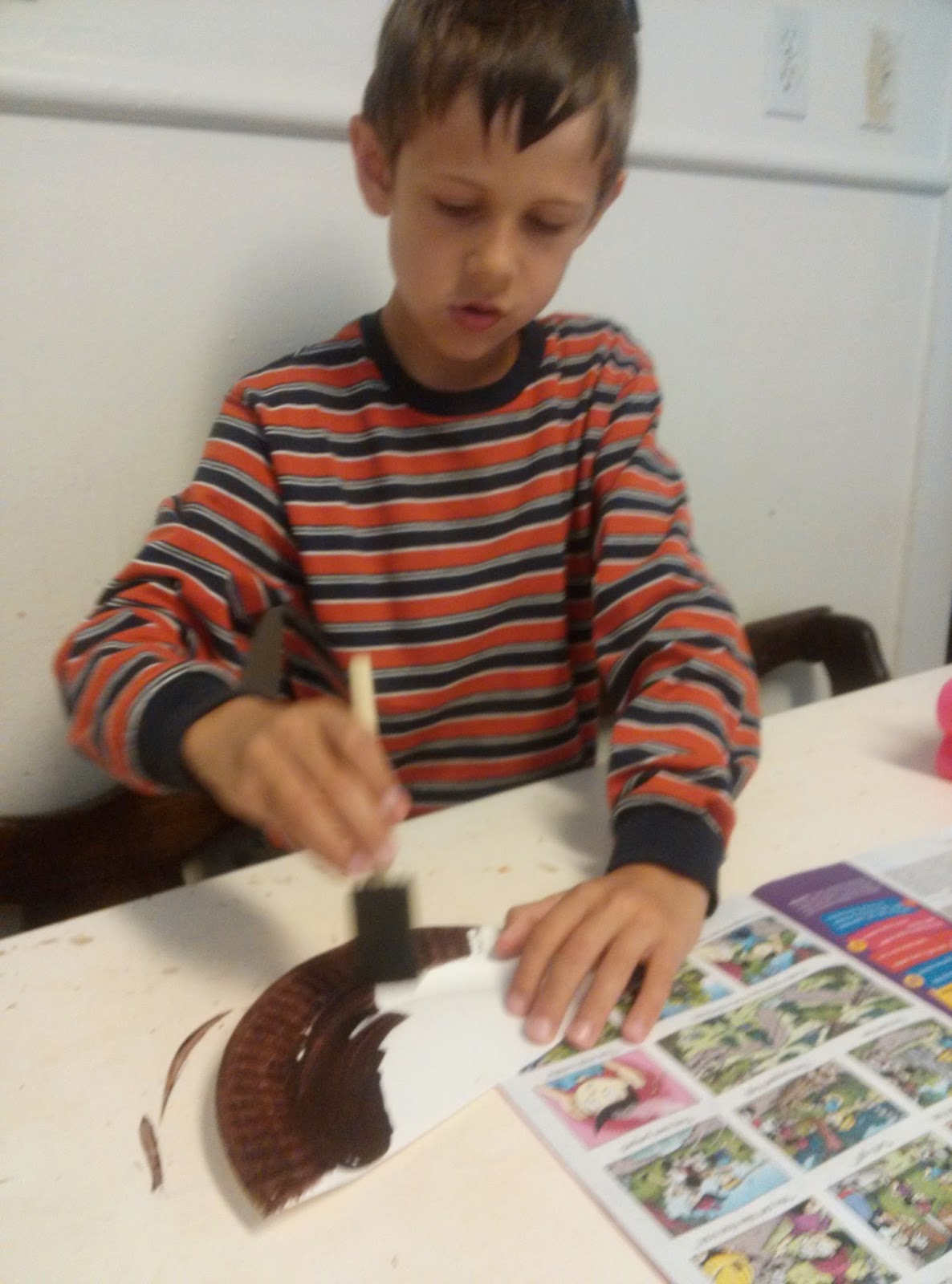 While our paper plates dried we went for a walk collecting things for our nests.... 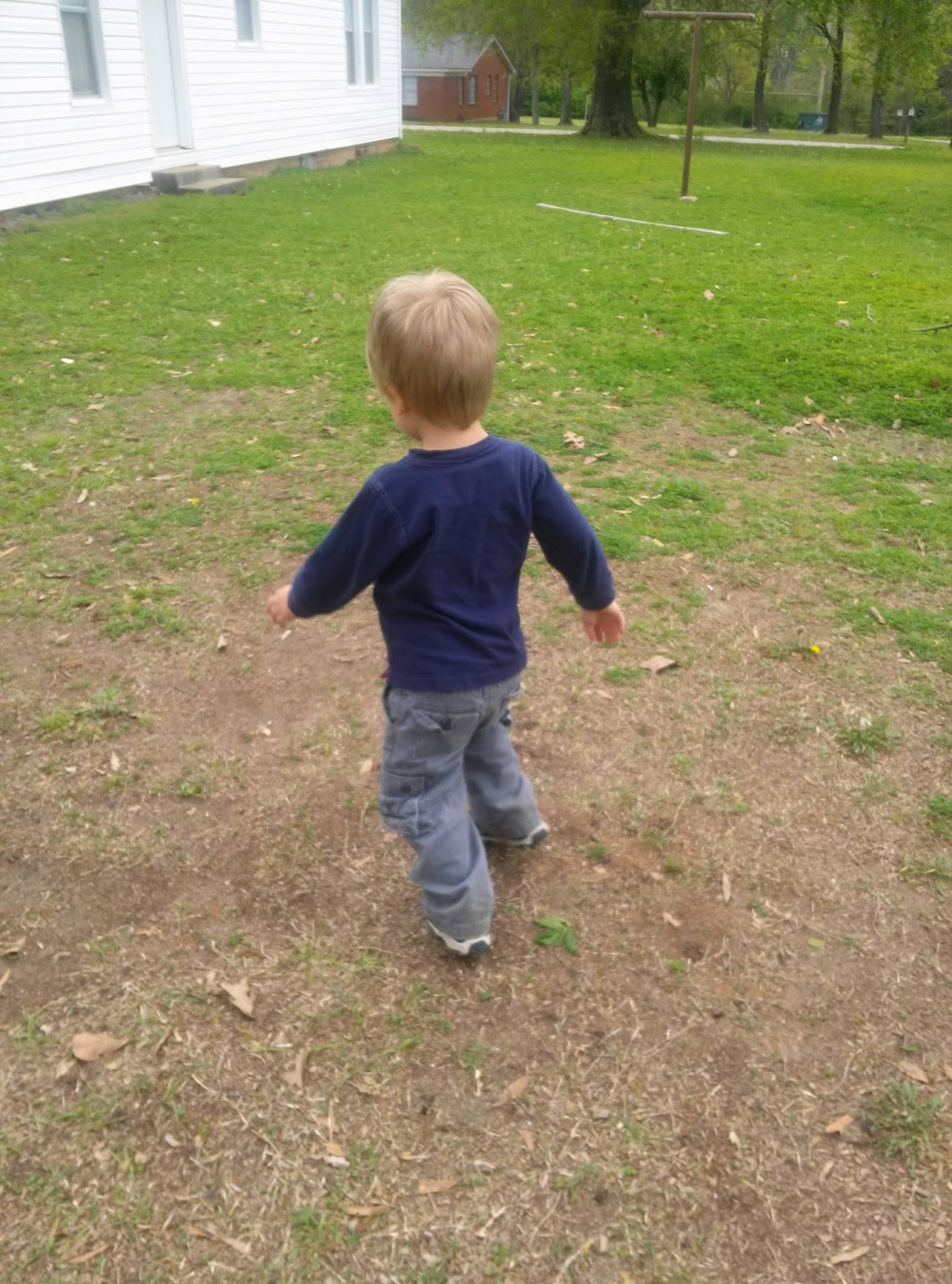 ...then came back and glued them on. I love how they turned out! 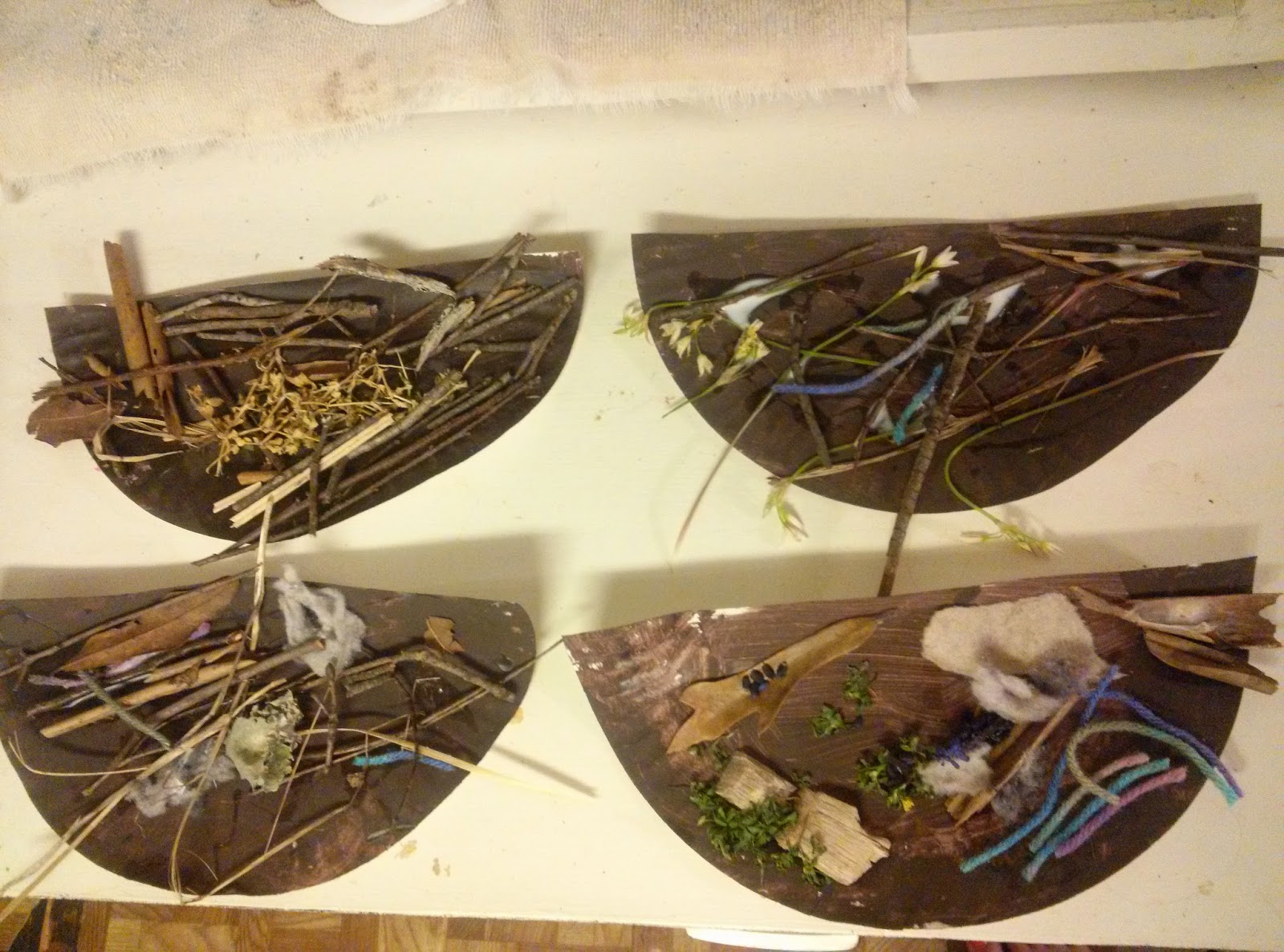 This afternoon I went to check on Dale and see how he was recovering from his dental visit. I was surprised to see Brooklyn all snuggled up with him. It seemed out of character for both of them, and oh-so-sweet! 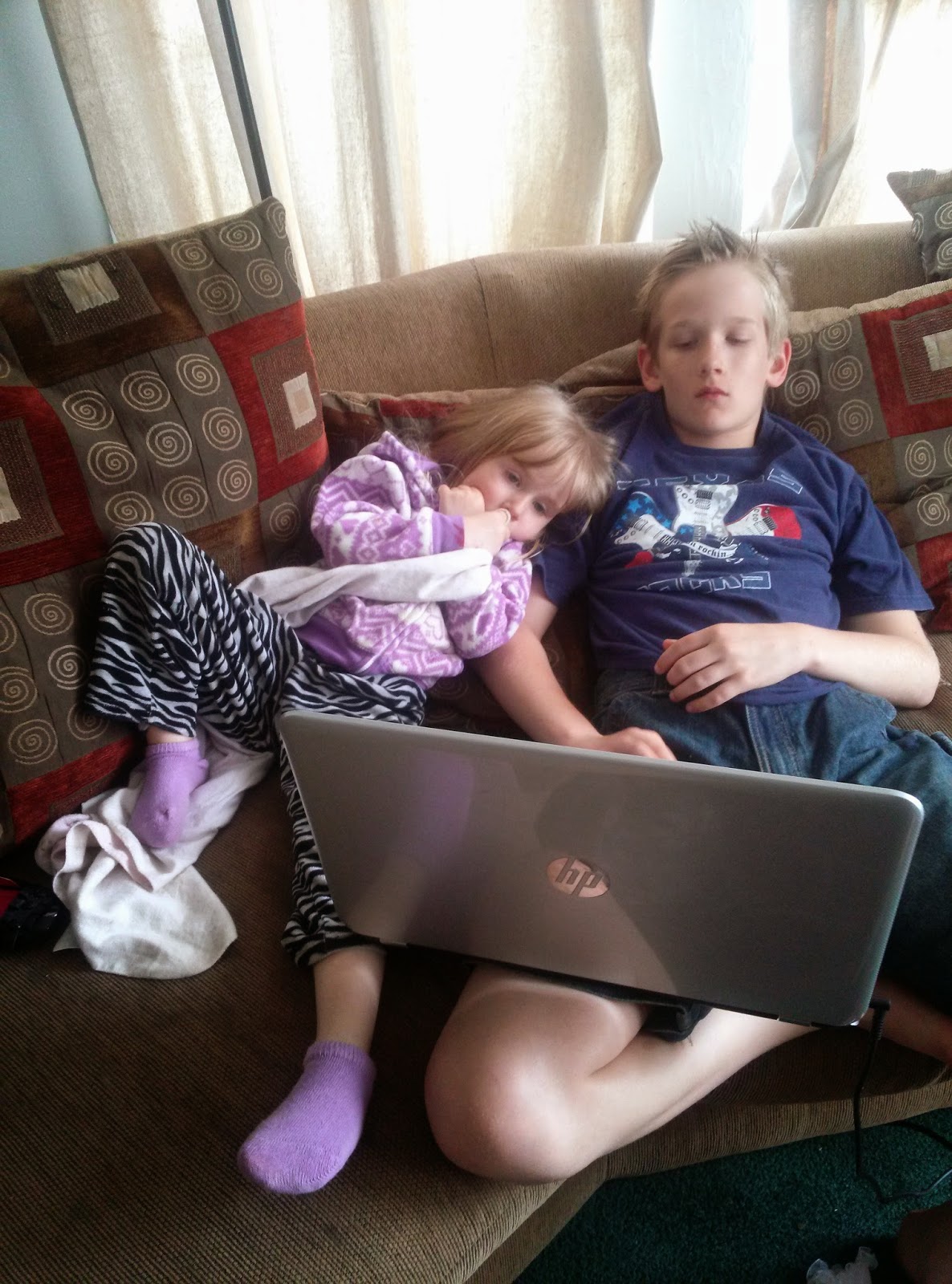 This evening was our second night of the last week of Jesus Easter devotions. We read about Jesus cursing the fig tree, and then clearing the temple of the money-changers and animal sales.

I printed a picture from the internet and then cut it into five parts. Each kid colored a different part while I read, and then they put them together like a puzzle. Turned out great! I gave them each a penny to glue on, too. No real significance there, it was just fun. 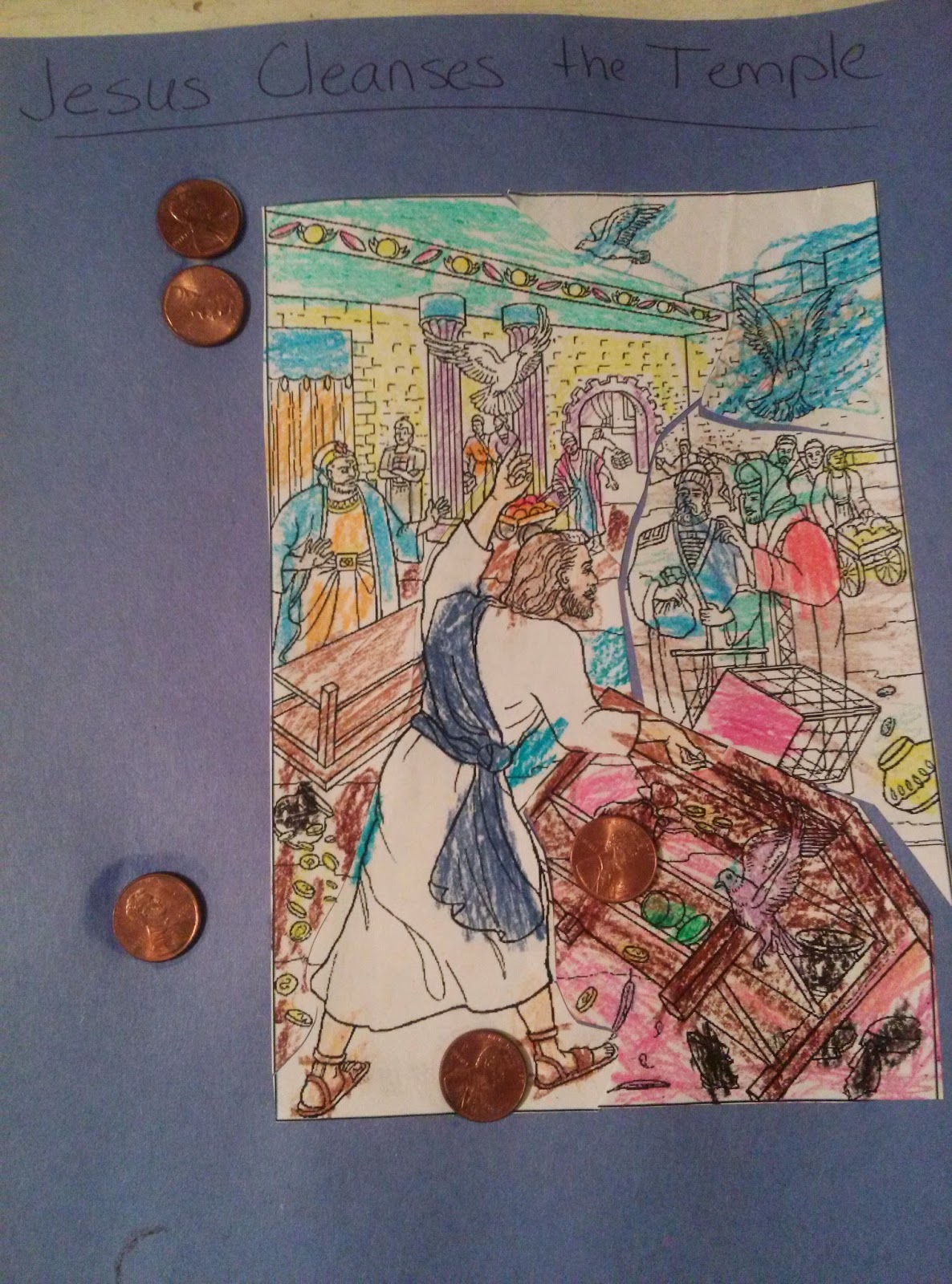 Email ThisBlogThis!Share to TwitterShare to FacebookShare to Pinterest
Labels: Life in the herd